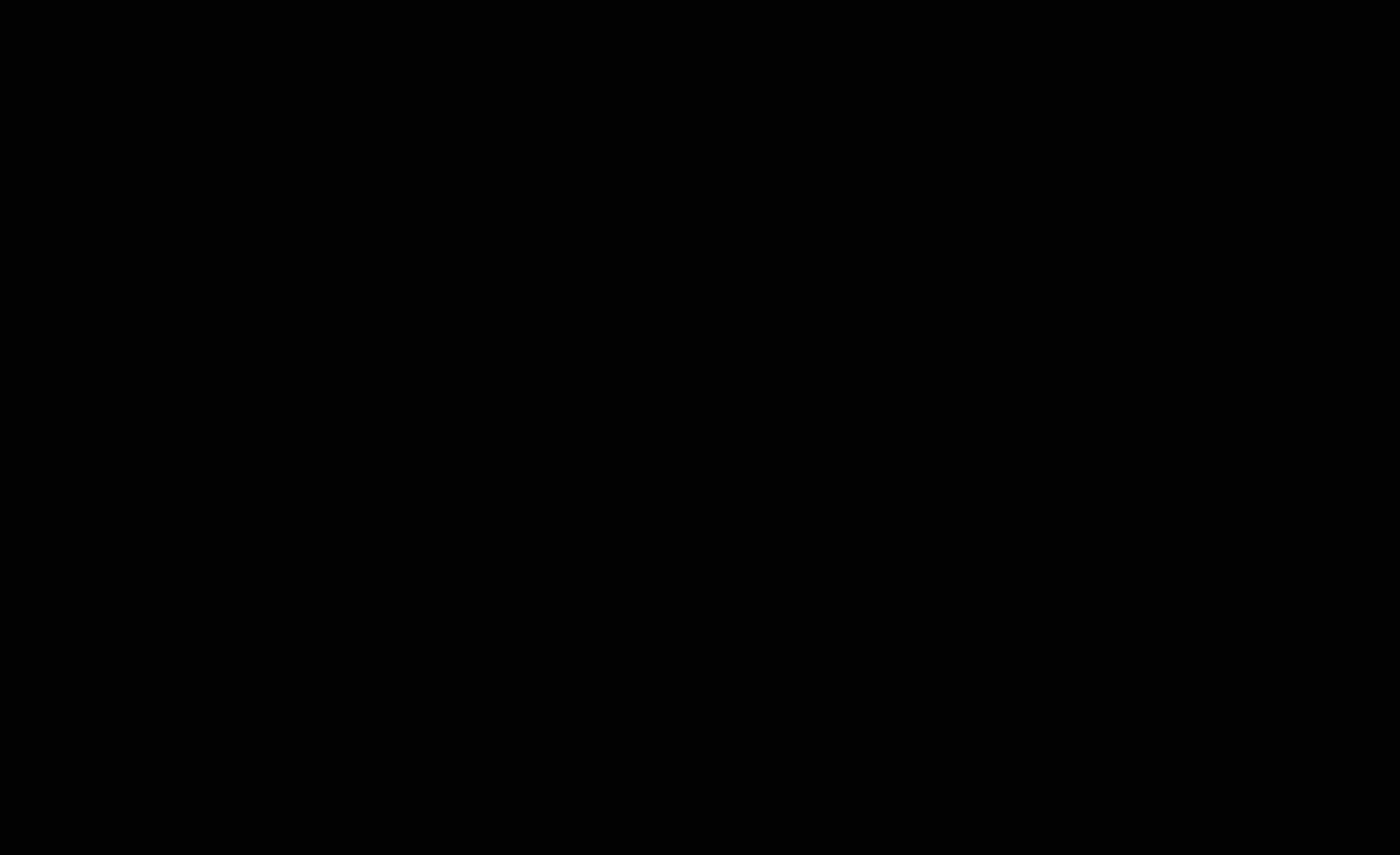 2020
LBJ Liberty & Justice For All Award

Ruth Bader Ginsburg was born in Brooklyn on March 15, 1933. She married Martin D. Ginsburg in 1954, and has a daughter, Jane, and a son, James. She received her B.A. from Cornell University, attended Harvard Law School, and received her LL.B. from Columbia Law School.

Justice Ginsburg served as a law clerk to the Honorable Edmund L. Palmieri, Judge of the United States District Court for the Southern District of New York, from 1959–1961. From 1961–1963, she was a research associate and then associate director of the Columbia Law School Project on International Procedure. She was a Professor of Law at Rutgers University School of Law from 1963–1972, and Columbia Law School from 1972–1980, and a fellow at the Center for Advanced Study in the Behavioral Sciences in Stanford, California from 1977–1978.

She was appointed a Judge of the United States Court of Appeals for the District of Columbia Circuit in 1980. President Clinton nominated her as an Associate Justice of the Supreme Court, and she took her seat August 10, 1993. 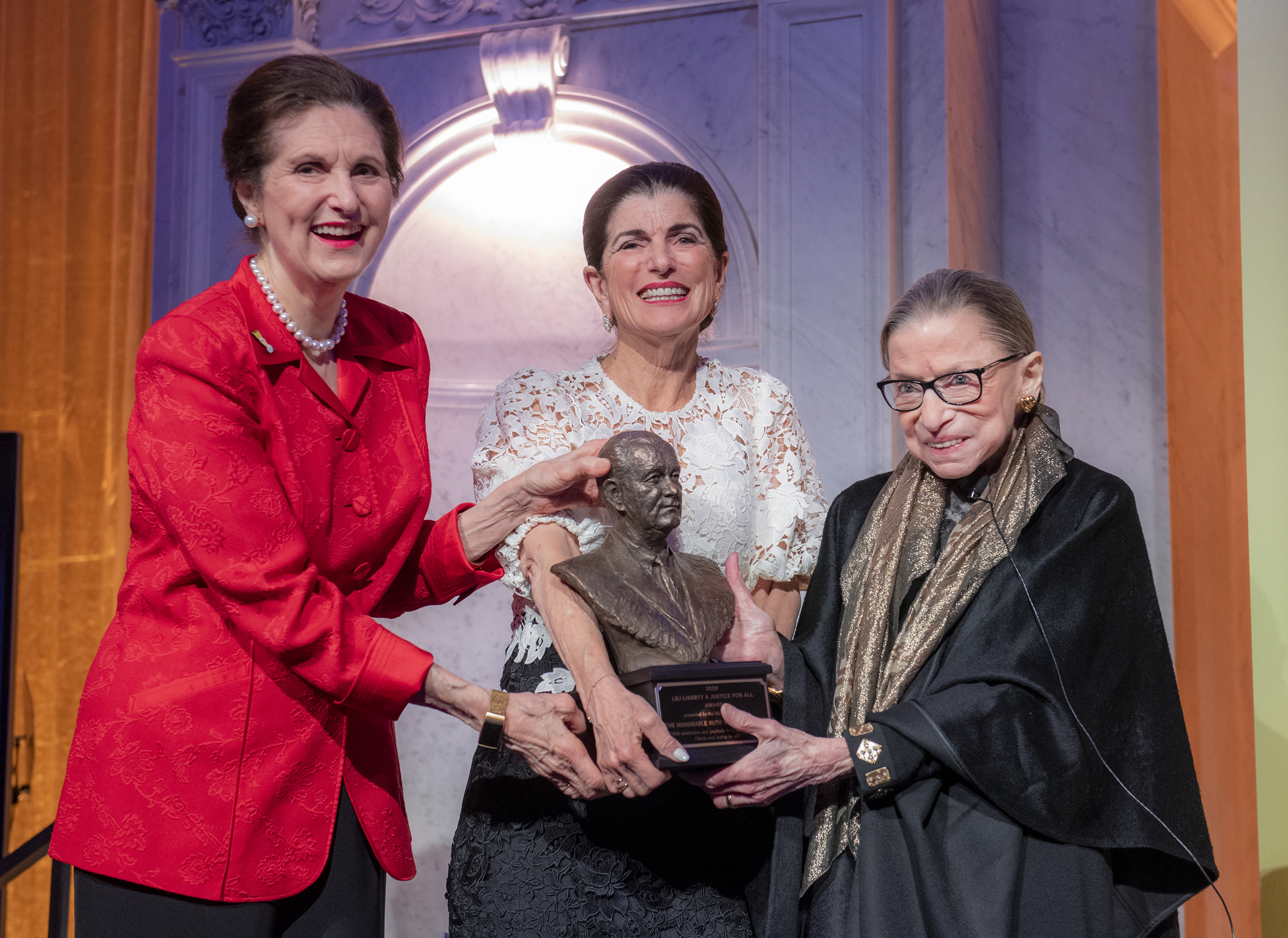 "Ruth Bader Ginsburg has been aptly described as the Thurgood Marshall of gender equality law, and her contributions to American jurisprudence cannot be overstated. She is a fiery champion of justice, providing good reason why she is so widely regarded as a cultural icon and inspiration to millions."
- Larry Temple, Chairman of the LBJ Foundation

WASHINGTON, DC – On Jan. 30, 2020, the LBJ Foundation awarded its most prestigious honor, the LBJ Liberty & Justice for All Award, to Associate Justice Ruth Bader Ginsburg of the Supreme Court of the United States. A lifelong advocate for human rights and gender equality, Justice Ginsburg has dedicated her life to dismantling discrimination and preserving the rule of law.

Larry Temple, chairman of the LBJ Foundation, said: "Ruth Bader Ginsburg has been aptly described as the Thurgood Marshall of gender equality law, and her contributions to American jurisprudence cannot be overstated. She is a fiery champion of justice, providing good reason why she is so widely regarded as a cultural icon and inspiration to millions."

The LBJ Liberty & Justice for All Award was held Thursday evening, Jan. 30, at the Library of Congress in Washington. Following the award presentation by Lynda Johnson Robb and Luci Baines Johnson, Justice Ginsburg was interviewed on stage by Mark Updegrove, the president and CEO of the LBJ Foundation. 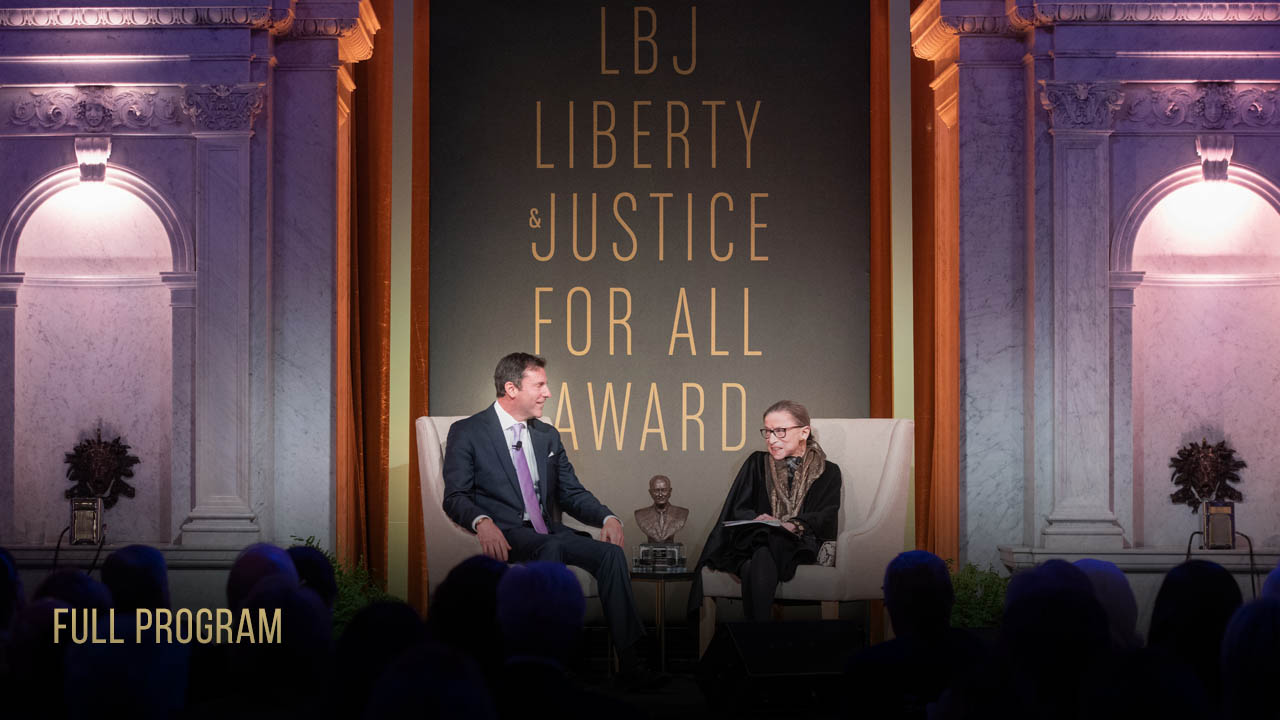 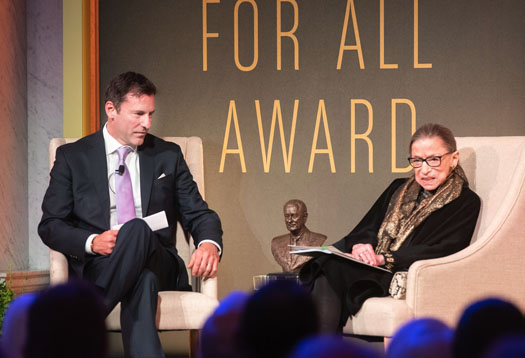 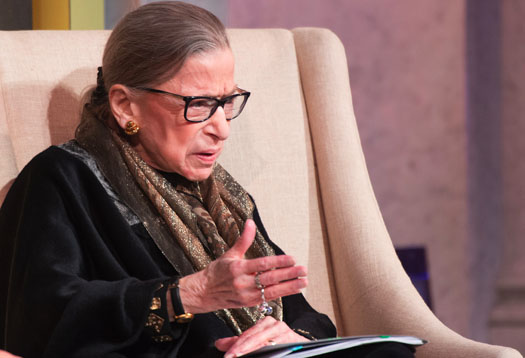 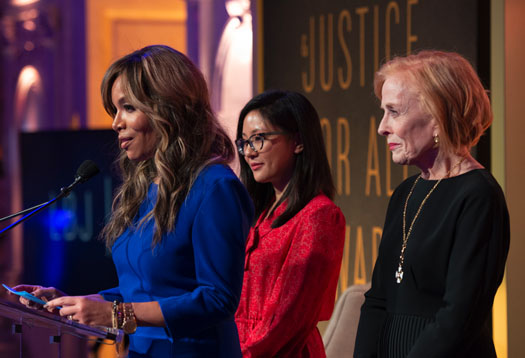 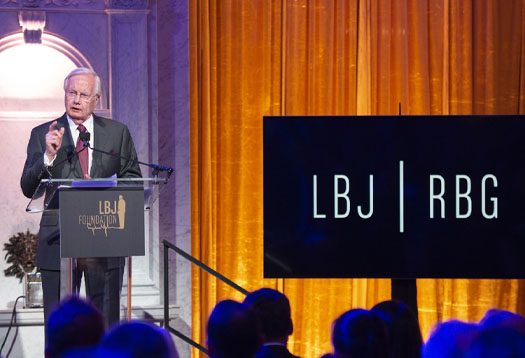 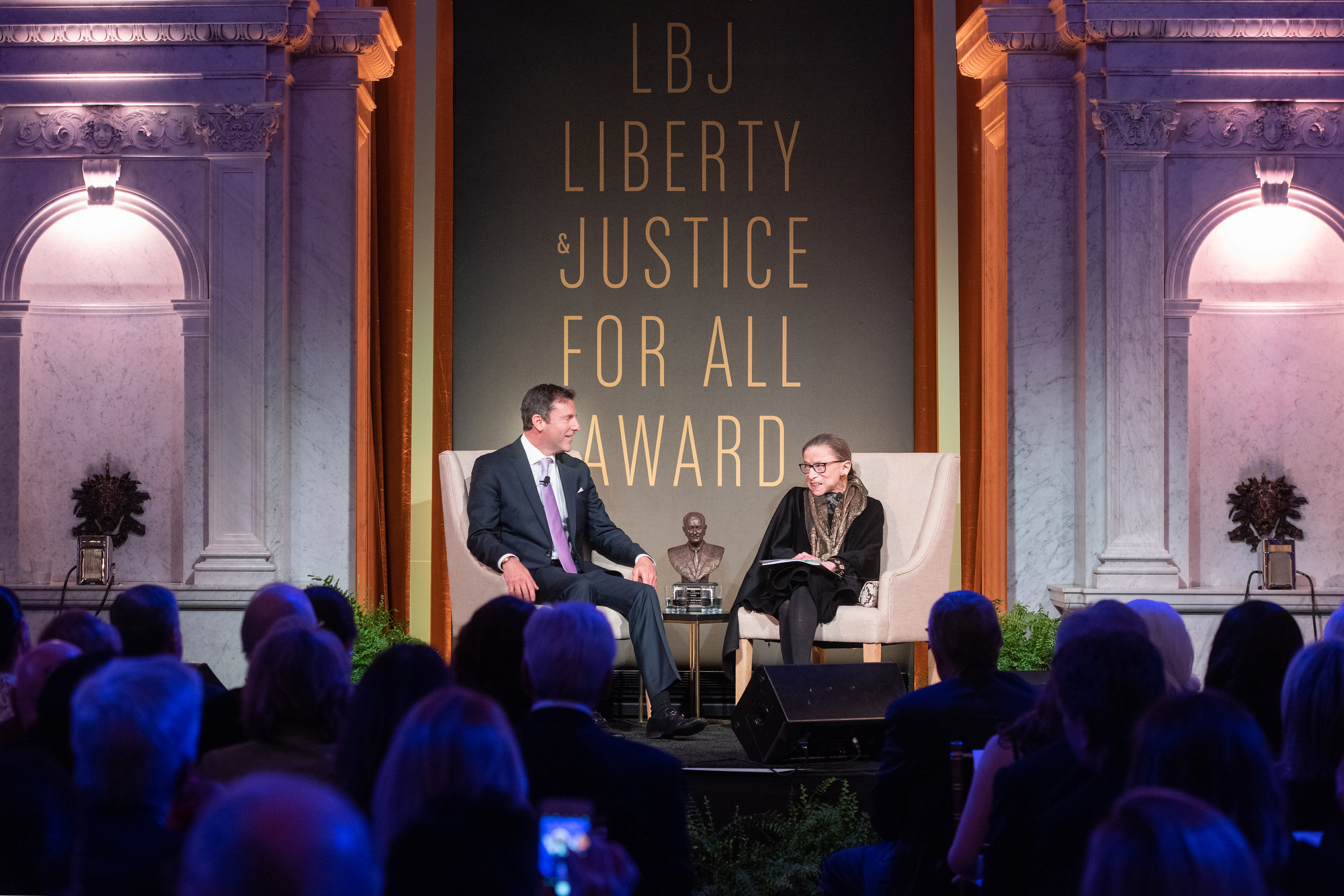 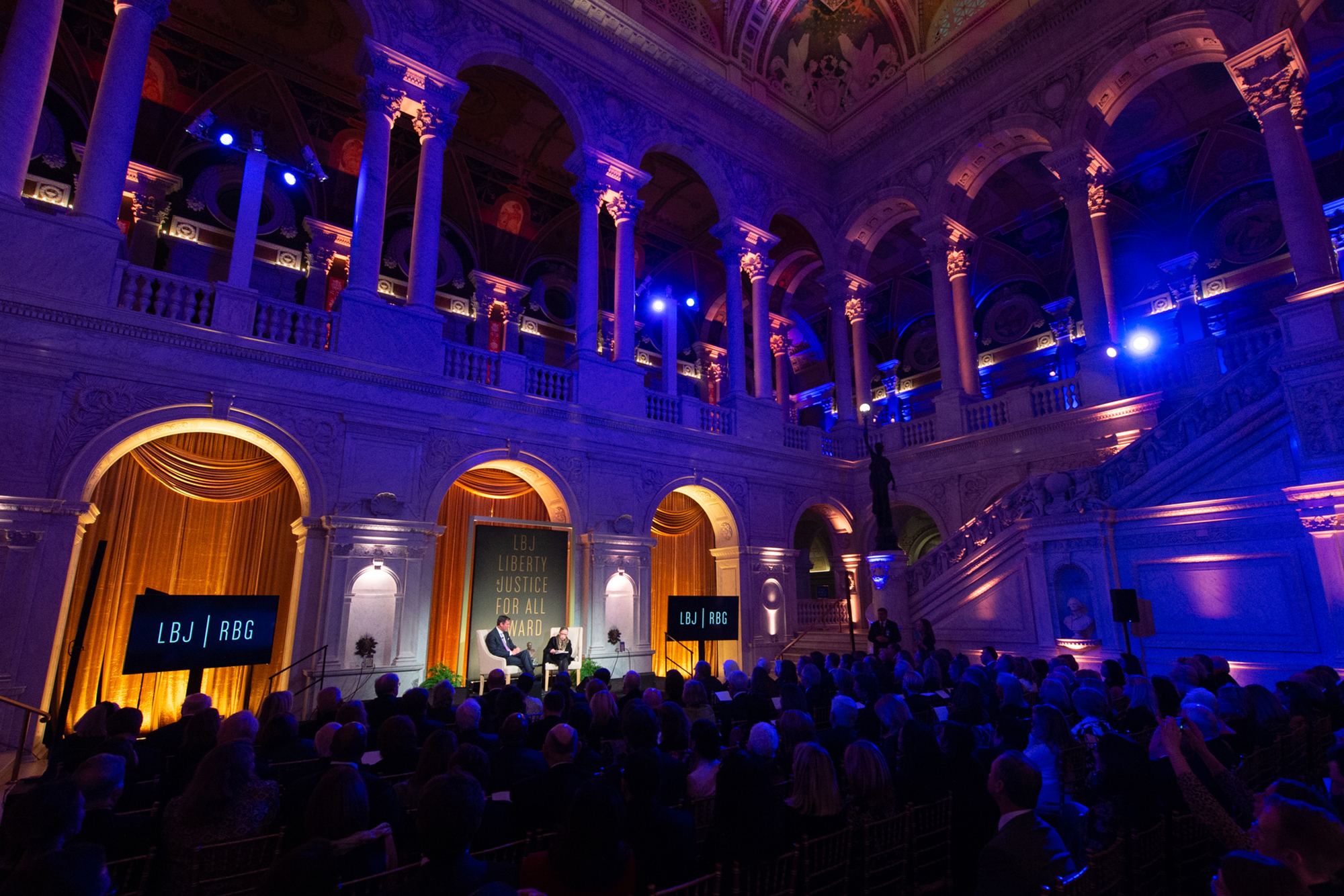 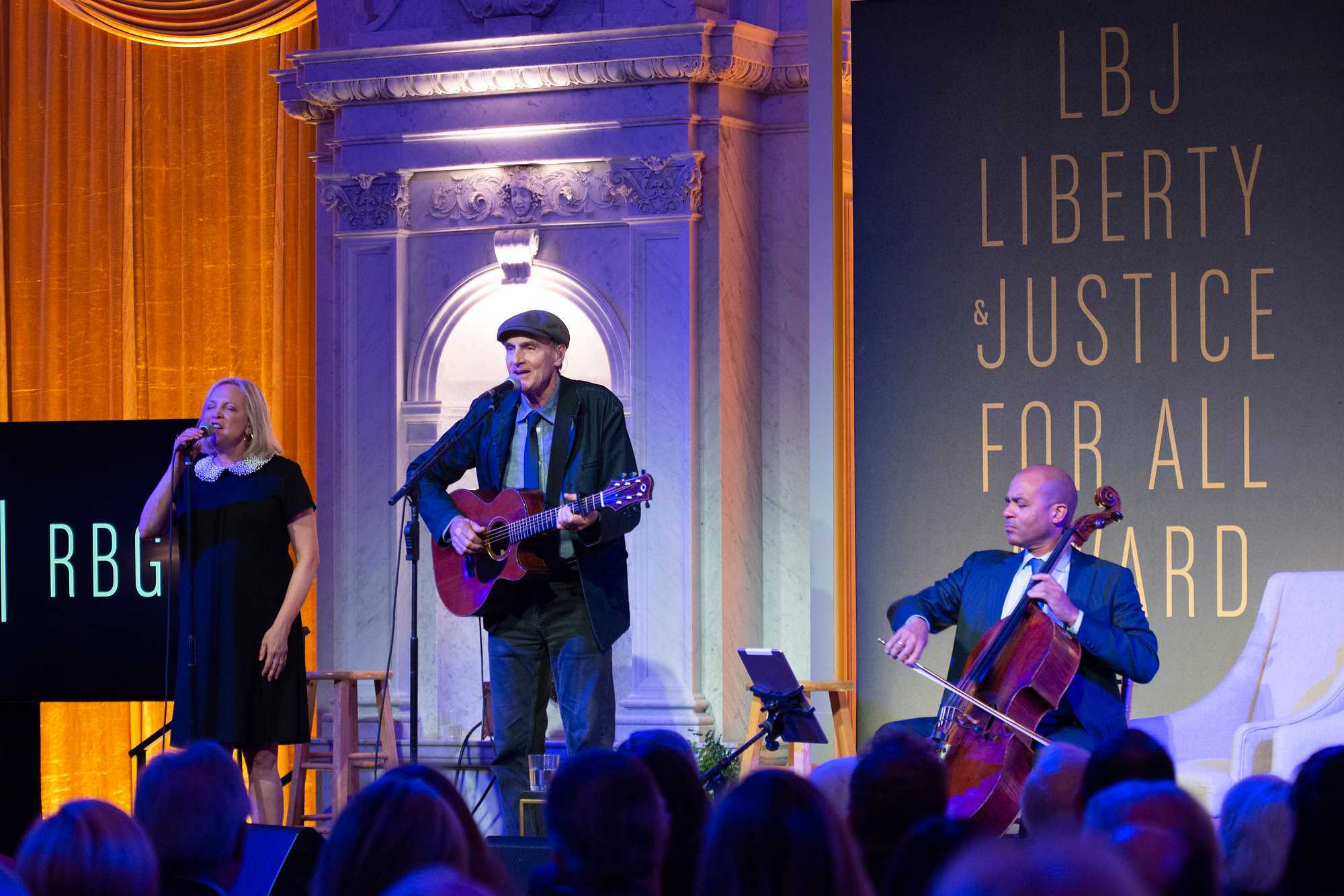